FXM at the LAAD Defence and Security Trade Exhibition in Brazil

Together with the industrial organisation, the Swedish Security and Defence Industry Association (SOFF) and Business Sweden, FXM were hosts for a Swedish stand at the LAAD Defence and Security Trade Exhibition in Rio de Janeiro.

The exhibition was held between Tuesday 14 April and Friday 17 April. A number of Swedish companies and organisations showed exhibits in the stand or used it as a meeting place. These included Aerospace Cluster Sweden, SSC, Nammo, Polyamp, Carmenta, Scania, Saab, Bae, Systecon and Ruag. 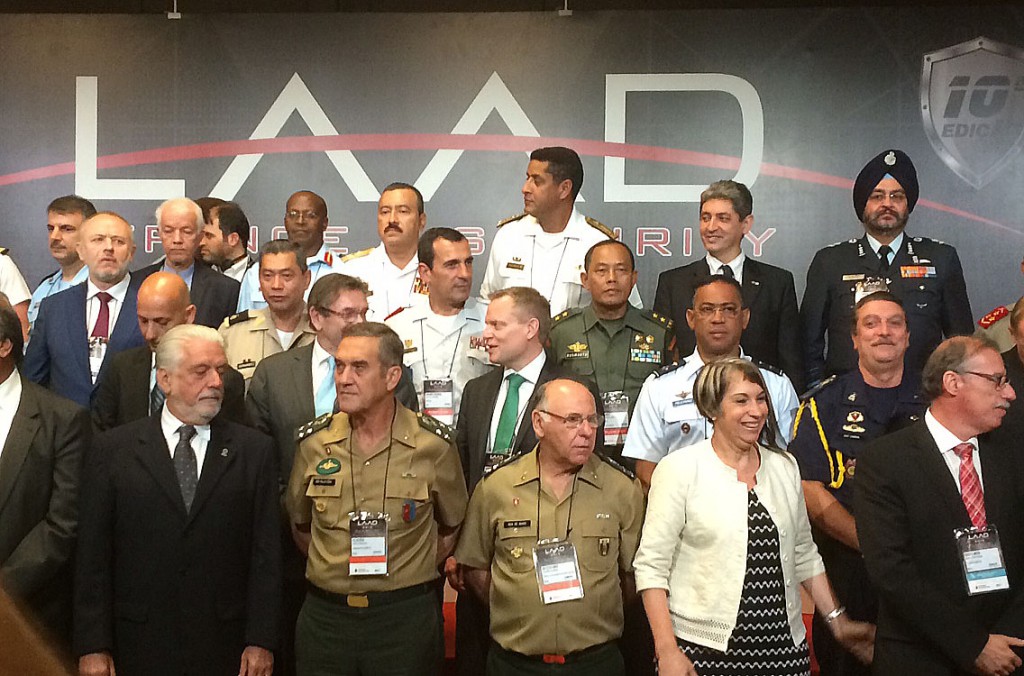 During photography of the official delegations. On the front, left, Brazil’s Minister of Defence Jaques Wagner. In the middle of the second row, FXM’s Director-General Ulf Hammarström, who led the Swedish delegation. 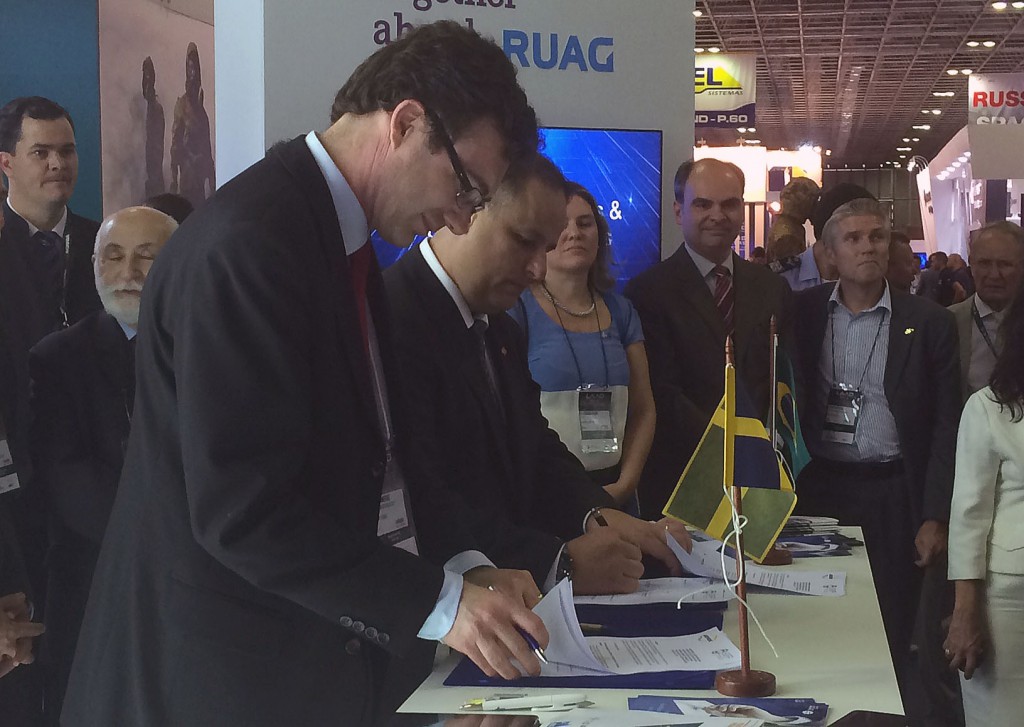 On the Tuesday, SOFF’s Secretary-General Robert Limmergård and the Chair of the organisation’s Brazilian counterpart, ABIMDE, Sami Hassuani signing a cooperation agreement in the Swedish stand.