Hungary at the Vidsel Test Range

In the middle of March, the Hungarian Air Force conducted exercises at Vidsel as part of the intergovernmental contract that FXM signed in January 2012 and that applies until 2026.

The aim of the exercise was to prepare Hungary for taking over the task of air surveillance in the Baltic and the country’s participation in the EU Battlegroup. The Hungarian Air Force flew up six of its Gripen aircraft from Hungary for the exercise.

In connection with the exercise, a Joint Steering Committee meeting was held. i.e., a steering group meeting, where opportunities and challenges for the Swedish-Hungarian Gripen cooperation were discussed. The Vidsel Test Range is Europe’s largest militarily equipped exercise and test area on land. It is run by the Swedish Defence Materiel Administration (FMV). In September 2015, for the first time, Hungary will be monitoring the Baltic air space as part of a NATO assignment. In 2016, the country will be participating in the EU Battlegroup.

FXM is responsible for Sweden’s contract with Hungary with regard to the country’s lease-purchase of 14 JAS Gripen C/Ds. Apart from sharing the costs of operation, maintenance and development, Sweden and Hungary have joint exercises and other cooperation. 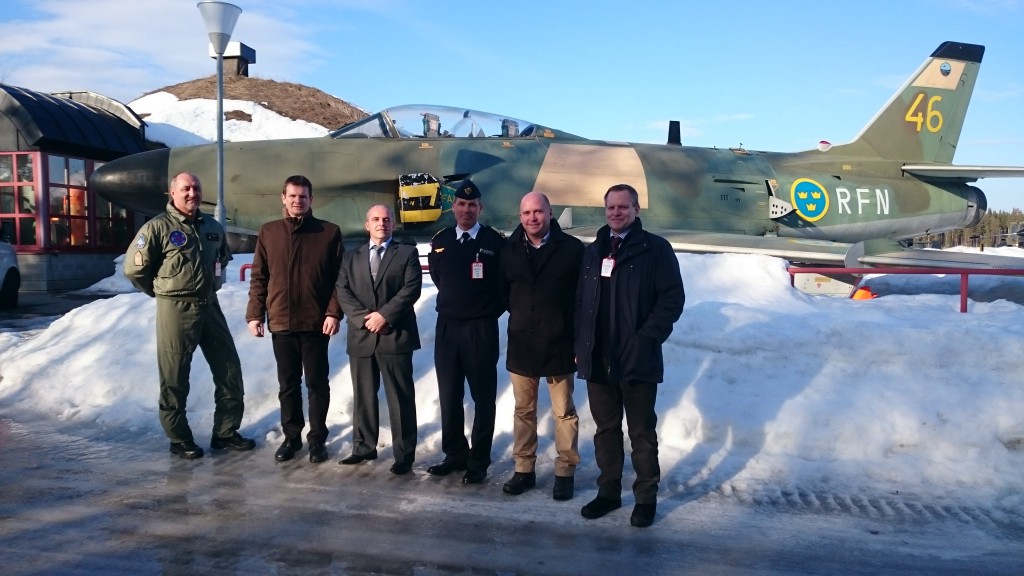